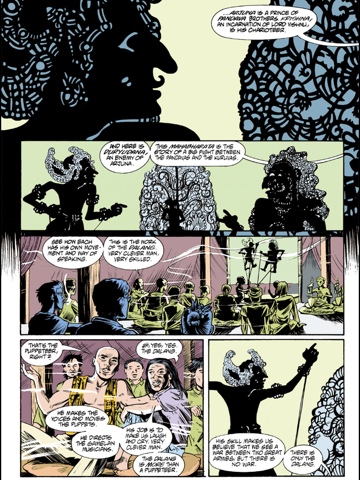 Posted by Hectic Engine at 8:08 PM No comments:

I don't remember my friend's name. His dad's name was distinctive and unforgettable. Barry Berry. We were friends by proximity. My step-dad Daniel was a contractor worker, and was involved in a project with Barry. An electrician, perhaps? Anyway, he had a son my age. We were both 13, and we both read comics.
After a few meetings we were hitting it off pretty well. Most of our friendship happened in Spring of 1984. We lived in different counties, so our adventures were pretty limited by our parent's business needs. Still, we saw each other a couple of times a month, mostly him coming over to my house.
One evening, he brought over some comics that included two issues of The Official Handbook of the Marvel Universe. I had been collecting it, and owned the first 12 issues, but was struggling to get the final few. The series was an encyclopedia of Marvel's characters, featuring drawings and profiles of all their heroes, villains, and a few supporting characters. They were perfect for a child of 13 looking to dig further into the history of Marvel. The two volumes that eluded me, numbers 13 and 14, were subtitled The Book of the Dead. They featured Marvel's "confirmed dead" characters. Phoenix, Bucky, Uncle Ben, Banshee, Captain Marvel, and others all got an entry. Unsurprisingly, most of the dead have resurrected at least once in the intervening decades.
My friend was into comics, but not as deep into it as I was. One hard-earned dollar got both issues from him to add to by collection. This transaction permanently cemented him in my memory.
The last time we hung out was at the beginning of the Summer. We were drug to the grand opening of the house Daniel and Barry built. We met the interior designer they had hired, a curvy robust woman who I instantly fell for. In my teenage mind I schemed to someday date her. To this day I enjoy the company of curvy women with intelligence and sass.
Anyway, we got permission to use the  swimming pool that weekend, under certain restrictions. We couldn't have food anywhere near it, and we had to wear our t-shirts for some reason that escapes me after 30 years. I am sure my 125 pound self in a wet white Hanes Tee looked dead sexy to a 27 year old woman. A boy can dream.
The Summer started to reveal itself. It was a blur of breakdancing and Ghostbusters.
One night in June, Daniel took me aside.
My friend was dead. He was crushed to death while playing with their garage door. Playing chicken with the garage door was a pretty regular game at our age. Some dark part of me was jealous. I didn't have the space to process it, and don't even remember crying. It was just weird.

His death came up as a topic of discussion when the school year started. The teacher was a little incredulous that I was friends with "that kid who got killed playing with his garage door".
As it turns out, a second and more famous case from that same summer happened in Nebraska. It received national TV attention, and may have intermingled with my memories of the events.

Attempts to Google the incident just brings up an episode of Rescue 9-11 from 1991 detailing the NE tale.
In the intervening 30 years Captain Marvel, Phoenix, and even Bucky have all come back to life in comics. My friend is still dead, and there's no encyclopedia with a record of his existence. All I have are scant childhood memories, and some uncomfortable irony.
I'm sorry I lost your name, and I'm sorry the internet doesn't know who you are. I found your father's LinkedIn profile. He's still in construction, so I guess he's doing OK.
Thanks for the comics.
Posted by Hectic Engine at 5:02 PM No comments: 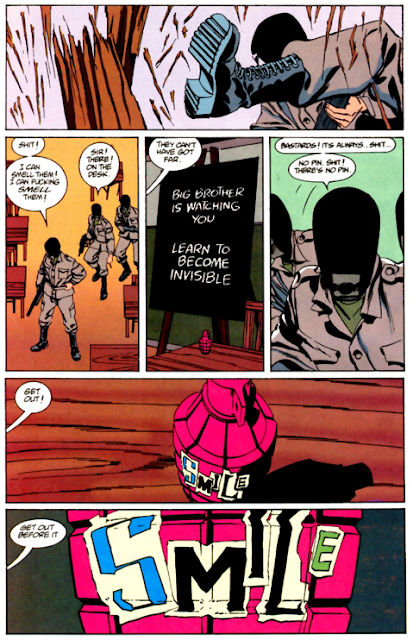 Posted by Hectic Engine at 8:44 AM No comments:

If you asked me between 1980 and 2011 what the first comic I ever read was, I would have answered "Marvel Team-Up #33 with Spider-Man and Nighthawk" without hesitation. If pressed for its impact, I would probably end up talking about how I first saw the Spider-Man cartoon on WDRB Channel 41 in Louisville, Kentucky in a Travel Lodge on April 15th, 1974. This lead to my Grandmother buying me the Spider-Man comic a year later, which made me a life-long comics fan, amateur cartoonist, and generally imprinted me with an identity related to comic books early on.

In true comics twist ending fashion, however, Everything I Knew Was Wrong.

Last month while browsing some comics covers online, I ran across the cover to Scooby Doo #24. A visual bullet ricocheted through my head, unveiling a repressed memory. Panels burst in my mind, exact sequences of Scooby Doo and the gang fighting the Blue Scarab were crystal clear. A little more searching, and I found a copy of the comic exactly as I remembered it. Three things shocked me about the comic.

1. It came out about 6 months before the Spider-Man comic.
2. It was written and drawn by Mark Evanier and Dan Spiegel, whose work I follow to this day.
3. The haunting involved a cartoonist, clarifying immediately that comics were made by real people. 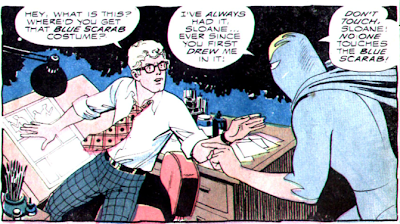 That this panel, and others were still crawling around in the recesses of my 41 year old mind amazed me.

Scooby Doo was the thing my Mama and I did together on Saturday mornings. She worked during the week, and I spent the weekdays with my Grandmother. Mom loved Scooby Doo. She was a reader of mysteries, and seemed to think the show was pretty clever. It was our thing, and this first comic is definitely a reminder of that.

So, thank you Mama, Mark Evanier, and Dan Spiegel.

I would have grown up normal if not for those meddling kids. 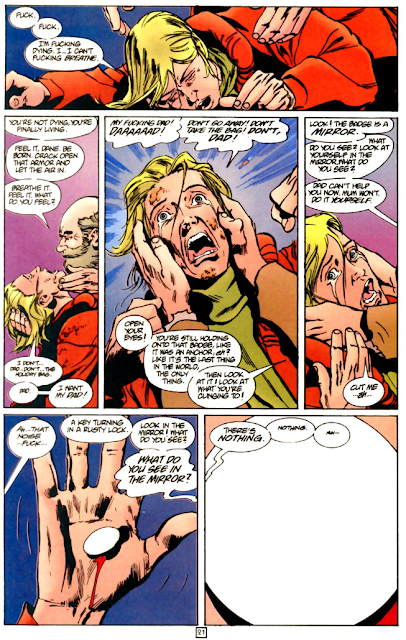 Posted by Hectic Engine at 5:59 PM No comments:

Every 90 days our home is a tsunami of fine black hairs expelled from a silent black rabbit named Nipsey Russell.

Rabbits aren't what you think they will be. Kids get them from parents who think they will be easy starter pets. They are quiet, they spend a lot of time alone, they get along with other pets, and they won't harm your child. They are curious. They also have the mental capacity to plan. This means they will use trial and error to succeed, while a cat or dog will stick to crass opportunism.

They bite. Probably not you, but anything exposed and wood. Or plastic. Or with an edge. Baseboards, loose flooring, door jams, books. If your walls have any texture in the paint, a rabbit will exploit that texture leaving you a giant bald spot that happens in seconds.

They will love you. They will expect to be loved. It is not a one way street of adoration. The language of rabbits takes a while to decipher. Can you tap the ground and call them to you? Absolutely not. It has the same effect of kicking a baby. Thumping sounds are warnings, and will only send them into a place of fear. They are the only animal that can spontaneously induce a heart attack as a defense mechanism.

If you are lucky, your rabbit will lick your head. It helps to be bald. You may have to lick him back.

Neuter your bunny, especially if you only keep a warren of one. The first time he grabs your hand and starts humping to climax should make the expense of the vet visit worth every dime. They are exotic animals, and delicate, so you'll be paying a rabbit tax.

If you find one living in a parking lot, just old enough to have been an abandoned Christmas or Easter gift, treat it gently. Buy a small bag of pellets and visit the same time every day. Drop a small offering on the ground. Return tomorrow. Eventually you may think that a hawk got him, or a cold snap did him in. Forget him. Know that he won't forget you. One day you'll be a mile away, walking around your apartment complex and two black ears will rise up from the grass, backlit by moonlight.

They have poor vision, but excellent hearing and a powerful sense of smell. If it's your bunny, he will find you. Take him into your bathroom. Don't listen to your husband. My wife locked me in the bathroom with the rabid beast for an hour while she went out for some hay and a carrier. He nipped at my hand, earning his name. I didn't get rabies.

Nipsey is shedding again. The first time I thought it meant he was dying. A million black dandelion ruderals covered every surface as he grew out of his baby hair and into adulthood. It's less intense now, but can still be a spectacle at the hight of the process.

He's grooming his paws now, alternating between licking between toes and scratching his ears. You will eventually learn to interpret the meaning behind each kind of silence. You'll hear the light grinding teeth of contentment in an otherwise silent house. 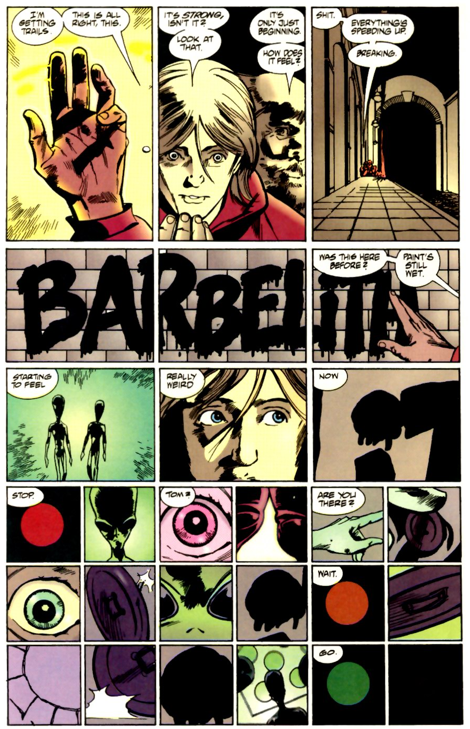 Posted by Hectic Engine at 8:57 PM No comments: 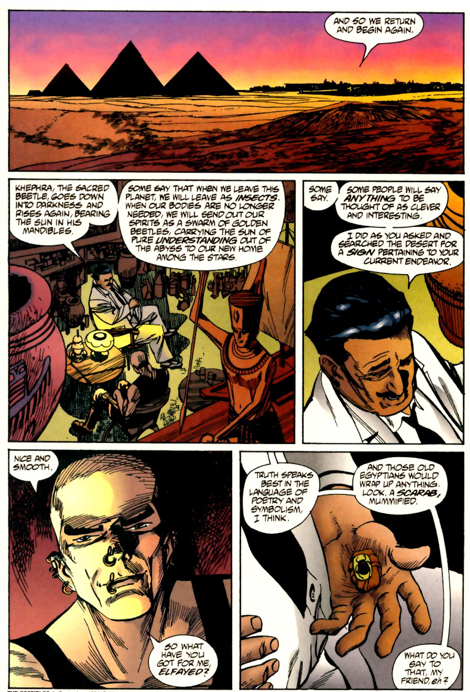