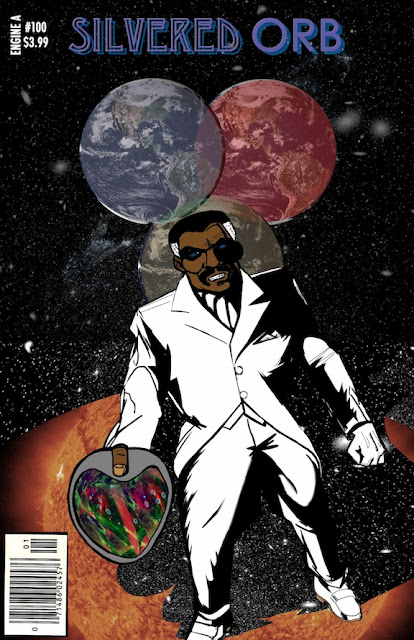 Posted by Hectic Engine at 9:12 PM No comments:

The Day The Busy Signal Died

If you squint just a little bit you can see information doubling. You used to have to use an imaginary telescope, twice as powerful as Hubble to watch culture, science, data, population and and daily life reproduce and evolve. Much of our culture's thinking still runs through the conduit of the old tools, despite constant evidence that data is exploding at a visibly exponential rate.

The news of Google's Project Glass is simultaneously amazing and commonplace in one go. The adoption of touch technology, a tactile GUI was scoffed at as unworkable in Spring of 2007. No one would want it, typing would be impossible, and it was just a gimmick. Tapping, swiping, squeezing and expanding with quick hand gestures turned out to be the most intuitive computing interface ever invented, and dominated was adopted by nearly every portable device manufacturer in under 60 months. Will a visual-voice hybrid become the norm in 36 months? Twenty-four? Or will it flounder for a few years like the Windows tablet computers did, being neither fish nor fowl until someone comes along and creates the interface from the ground up instead of bootstrapping to the old architecture?

Ten years ago e-paper was expensive, buggy, and was predicted to be a decade away from being market-ready. At the same time, wireless internet required special peripherals and could not compete with the speeds of a strong dial up connection. At this exact moment I can can walk to the Target 1 mile from my home and spend $79 on an e-paper based reading device that can download the entire works of Shakespeare in 57 seconds for free while I walk home with it.

A 4G enabled pair of glasses could conceivably be your stereo, e-reader, television, VCR, telephone, internet browser and GPS device inside of 24 months.

Any American born after 9-11 has never had a moment where a streaming video, search engines, MP3 players or cell phones were ever new to them in any meaningful way. They are as ubiquitous as color television, card catalogs, record players, and rotary phones were to someone from Generation X.

I had a conversation a few days ago with someone who had not seen a single minute of any "Star Wars" film. She's an adult with a good job who pays her own rent, drives, and can comfortably access any computer's system directory and mess around without breaking anything. This is the first person who I have met for whom NOT watching those movies not only didn't seem strange, it didn't seem remotely relevant. Time-line wise, it would be as if I never saw Disney's first live-action feature, 1950's "Treasure Island". Which I haven't.

The funny thing about the future is that we both spend a lot of time as a culture predicting it, and yet, at the same time, we never see it coming. Back to internet speeds and e-paper for a moment. The idea of streaming movies existed in 2000 when I first bought a "modern" computer and started up an Earthlink account. Wi-Fi existed too, but I didn't know about laptops yet, or why you'd need wireless ever.

The prevailing thought at the time was that the infrastructure would be so cost-prohibitive that creating a network that could stream a 90 minute film in anything remotely like "real time" was considered virtually impossible on any mass scale, and at least 15 years away. Downloading a 30 second movie trailer was a 40 minute affair, so this was not an unreasonable assumption.

In 2005 I downloaded my first multi-gigabyte file in under 2 hours. Four years later, I got rid of my DVD player, and my wife and I rent all of our movies through a black box that's smaller than a 2-CD jewel case box from the 90s. Just click Rent, Buy, or Play and it's up and running in hi-def in under 1 minute.

Six months ago I downloaded a whole new operating system for both laptops in my home. 8 gigs of data, 4 per computer, downloaded in the time it would have taken to walk up the street and get that e-reader I mentioned earlier.

Anyone that tells you the future is fantasy and that we are anywhere close to leveling off is a damned liar.


Posted by Hectic Engine at 4:11 PM No comments: